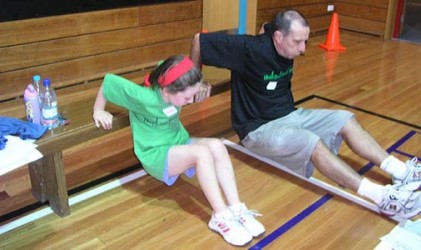 My children Brianna age 9 and Joshuaa age 6 came home from school with the weekly news letter. In the letter was a column asking for;

My wife was very supportive of the idea and as it sounded like a good idea to me, I asked the children if they would like to participate. Brianna jumped at the chance to go and do a course with her dad. Joshuaa was not so interested, however once he saw how good a time Brianna and I were having he wanted to go. Brianna insisted that he not be allowed to go as this was something between the two of us. As a result I eventually did the course a second time so that Joshuaa could participate. It was fun for me both times.

The study was to be run at the University of Newcastle and conducted by
a team under the control of Associate Professor Philip Morgan – Faculty of Education & Arts. The aim of the study was;
to help dads:

Brianna and I attended a weight and body measuring session at the University of Newcastle. At this stage my weight was 86.5 kg. I am 173 cm tall so my BMI was over the healthy limit.

I was selected as part of a group of 20 dads to participate in the first group of sessions for Healthy Dads / Healthy Kids (HDHK) starting in October 2008. There were to be eight sessions in total. Three of the sessions would be with father and child/children.

Session 1 – Dads only
We were given information kits and a pedometer for each of us to wear. We were also given questionnaires for both father and mother to complete independently. The aim would be for dads to walk / jog at lease a total of 10,000 steps per day. Each dad was asked to weigh himself and to continue weighing themselves at the start of each information session. We were also informed that a second and most important part of the program would be playing games and physical interaction with our children to show that a father’s influence on their children’s behaviour is integrally related with their “rough and tumble play”. “10,000 STEPS PER DAY”

Session 2 – Dads only
We were shown how to calculate our daily calorie requirements (resting metabolic Rate- RMI). We were also introduced to the Calorie King Website. This would be our most valuable weight loss tool over the coming months and best of all “it was free to join and use”. Each couple of weeks we were given homework. This week’s homework was to design a backyard fitness circuit. “DADS AS ACTIVE ROLE MODELS”

Session 3 – Dads and Kid(s)
We were taken to a basketball hall at the university and introduced to a series of fun rough and tumble games to play with our children. This is where the kids were able to realise that interactive games with dad were fun. “THE SOCK WRESTLE”

Session 4 – Dads only
We were informed about the importance of watching the calorie content of the food that we ate and the importance of portion size. This combined with six glasses of water per day and 10,000 steps per day when loaded into the “Calorie King” monitor would help us to alter our eating habits to a healthier eating program. We also had some blind taste tests between similar products with high / low sugar or fat content. “NO FOOD IN FRONT OF THE TV”

Session 5 – Dads only
We were given menu planners and helped with suggestion for healthy eating and snacking for Kids. Some of the work sheets contained valuable tips on how to feed your children a healthier and balanced food plan “PLAN IT – DON’T BAN IT”

Session 6 – Dads and Kids
We were taken to the university oval and introduced to some of the many outdoor activities that can be played with children. “BACK YARD CRICKET”

Session 7 – Dads only
Was a recap of all that we had learned with interactive question and answer sheets for the dads. This would help us interact with each other and help solve some of the problems that we had encountered during the program. “SURF THE URGE / EVERY STEP COUNTS”

Session 8 – Dads and Kids
An example of a healthy style BBQ was presented by the staff and dieticians.

The above is an appreciation of entry to and attending the course.

Along the way
I had started out as an overweight 86.5 kg dad who struggled to run more that 500 metres without having to break for a walk.

As an example – penning this article has been interrupted by my 7yo son wanting to go for an 8km bike ride with my jogging along behind. This is the fourth day in a row – how good does it get?

I had always enjoyed jogging as an exercise pastime but over the past few years had allowed my exercise pattern to deteriorate. As a result my body weight had gone from a healthy 70kg when I was married to a very unhealthy 86.5kg. Over the three months that the course was conducted I was able to improve my diet, moderate my alcohol consumption, reduce my weight and started to run further and further without running out of energy. My wardrobe had become obsolete as I no longer had use for my Xl and XXL clothes. I could now fit into some of my older clothes but Karen insisted that the Beatle’s fashion era had died. I had to buy some new clothes.

My wife, Karen had warmed very much to the program and I can contribute a lot of the success in changing our family’s diet to her. Karen noticed that my weight was reducing and that a changed diet was benefiting our family. At around 66kg Karen started wearing a pedometer and walking each morning. As a result her weight dropped to a very attractive 60kg (she now fits her wedding dress again – 15 years later).

I have an older son who lives in Darwin. When he heard of my running and weight loss he asked me if I would be interested in training and flying up to Darwin to go in the Darwin Half Marathon (21.1km). From here the challenge was on. In May 2009 I flew to Darwin and competed in the Darwin Half marathon (my first ever). I finished the run in 1h 57m 10s – but the sweetest moment was beating my son by 30 minutes. My second Half Marathon was the Lake Macquarie Half and to my pleasure I finished in 1h 53m 20s. My weight after the marathons was around 69kg.
My stable weight is now around 75kg – although as I am training for more Half Marathons this year, that will reduce.

HDHK had helped Karen and I (HD) – but what about the HK of the equation?

The kids eating habits have changed – although not as much as we would have liked. Kids are hard work and as parents we have to work hard to steer them in the right direction.
Our kids now eat more vegies at dinner than ever before, although we constantly get the groan “do we have to have vegies again tonight? On the fruit side Josh will try anything but Brianna is still a struggle. The good thing is that as parents we now are better informed and are more determined to promote healthy eating habits in our children.
On the exercise side, our children have never been overweight and always participated in exercise. We have, however become more conscious of the TV and games effect on our children. In our small back yard we started playing Back Yard Cricket (BC). That has grown from me asking the kids “who wants a game of BC” to “dad – Let’s play BC”. The exercise initiative has changed – the kids now want to play BC or bike ride (see above) or go running with dad. On a nice weekend they will say “let’s go for a walk and swim at Glenrock Lagoon”. Glenrock is a 50 minute walk from the car park through bush downhill to the lagoon and a 50 minute walk uphill back to the car park.

One of the questions in the preliminary questioner was;
“How often do you randomly and without reason give your child a cuddle”?
I was embarrassed to have to answer – never!
From here I consciously made a decision to randomly give my kids cuddles. It is amazing the now it has become affectionately contagious and we all have a little cuddle or hug now and then. I think we now as a family have more time for each other.

Other People
Along the way other people noticed that both Karen and I were losing weight. We were able to confidently inform people and help them join the Calorie King site. They too started realising the benefits of this “FREE” weight / exercise assisting site.

I could not strongly enough recommend that any parent who has the opportunity to participate in the HDHK program should do so. Further, any person who wants to lose weight and balance weight loss with exercise should join “Calorie King” and again – best of all “IT”S FREE”.

The HDHK program has been given a grant of circa $650,000 from Coal and Allied to pioneer the HDHK program in the Upper Hunter towns of NSW. What a great example of the mining industry giving back to the community at a community level instead of free light globe to attract carbon credits. Our kids and kids kids will be here, active, healthy and alive for generations to come. If (not if but when) successful Phil hopes, with government support, to roll this program out on a national basis. How good does it get?

The program has added many years onto my life
“I am a big winner – not a big loser”. 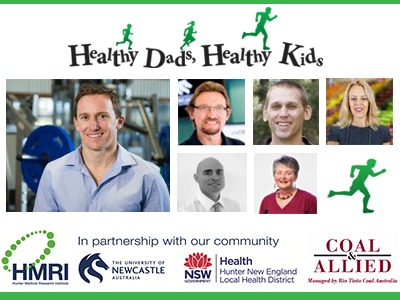 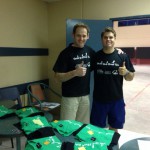 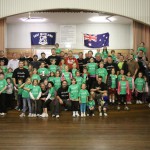 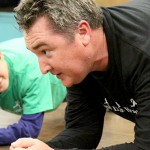 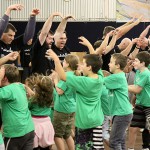 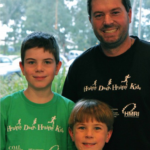